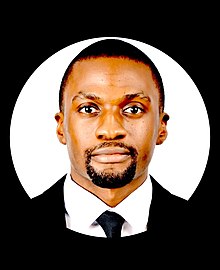 The Apostle Paul by Rembrandt van Rijn, circa 1657

Paul, also known as Paul of Tarsus (c. 9 - c. 65), was a Roman citizen and apostle in the early church shortly after the death of Jesus. He is one of the most important figures within Christian history. Many books have been written on his life, theology, missiology, philosophy, and his teachings have been studied since the beginning of the Church. Paul's letters have encouraged, challenged, and inspired Christians all around the world to "count everything as loss because of the surpassing worth of knowing Christ Jesus [our] Lord" (Philippians 3:8, ESV).

Saul (his name before his conversion) was born in Tarsus (Acts 9:11, 22:3), was an Israelite of the tribe of Benjamin, circumcised on the eighth day, and was a Pharisee (Romans 11:1; Philippians 3:5). As a Roman citizen, he was exceedingly zealous for the traditions of his fathers and stood out among the other Jews of his own age (Galatians 1:14).

Paul was brought up in Jerusalem and "trained in the school of Gamaliel according to the strict interpretation of our ancestral law," (Acts 22:3). Gamaliel was a leading Jewish teacher of his day, "a teacher of the law held in honor by all the people," (Acts 5:34).

Persecutor of the Church

Both Paul's letters and Acts (written by Luke) tell us that Paul persecuted the church before his conversion. He admits that in his former life he tried violently to destroy God's church (Galatians 1:13). In the book of Acts he is shown to have given approval for the stoning of Stephen, and "entering house after house, he dragged off men and women and committed them to prison," (Acts 8:1-3).

Saul was still hurling "threats and murder against the disciples of the Lord" (Acts 9:1). He went to the high priest and attained letters to the synagogues at Damascus, "so that if he found any belonging to the Way, men or women, he might bring them bound to Jerusalem" (Acts 9:2). While on the road to Damascus, Paul encountered the risen and exalted Jesus (cf. Acts 9:4 ff.). Up until this point, Paul had heeded the claims of Gamaliel, expecting those who were following Jesus to eventually fall away (see Acts 5:34-39). Instead, Paul became a follower, being calling himself the "apostle to the Gentiles" (Romans 11:13). Paul was soon to understand what Jesus meant when he said, "for I will show him how much he must suffer for the sake of my name," (Acts 9:16). Paul truly suffered, and learned to be content in all situations (Philippians 4:11-13).

Apostle to the Gentiles

This is a section stub. Please edit it to add information.

This is a section stub. Please edit it to add information.